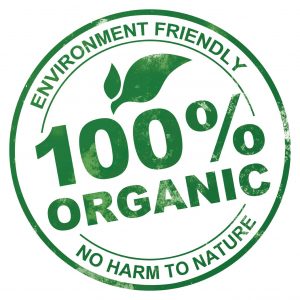 “ORGANIC” what’s the big deal?  First lets start with ORGANIC and what it means. Layman’s terms: Anything labeled ORGANIC is grown without the use of harmful pesticides, synthetic fertilizers, genetically modified organisms (GMOs), or ionizing radiation. Basically, it doesn’t have Round up week killer all over it. And if its an animal, that means they eat feed that is non-GMO and or eat grass that is not sprayed with pesticides and they are not pumped full of antibiotics or artificial hormones.

My Experience with ORGANIC.
I had no clue what the word Organic meant until a read a book that one of my friends recommended (Skinny Bitch by Rory Freedman and Kim Barnouin). That book changed my LIFE. The book is a guide on how to make intelligent and educated decisions about what you put in and on your body. It really is an eye-opener. I suggest you read that book if you haven’t already. I always had a minor health condition that I couldn’t overcome. My mother told me the condition was hereditary because my Grandma had the same issue. UGH, Thanks a lot, Grandma! But, after learning that I could change my health with something as simple as changing my food, I thought I’d give Organic a try. I replaced all of my food with Organic. I went totally Vegan, I gave up eating animals, eggs, and dairy. And I did this in one day! The book suggested to slowly change your patterns, but I was desperate for change, so I quit cold turkey. (No pun intended 😉 Switching to Organic changed my life and my overall health 100%. After two weeks on my new diet, my so called hereditary health issues went away! I am no kidding. I was sold! I have kept my Organic lifestyle going for 9 years now. I’m not a Vegan anymore, now I am a Pescatarian (someone who doesn’t eat meat, but eats fish).  I feed my family Organic everything. Especially, WHEAT, FRUITS, VEGETABLES AND MEATS. We live by the 80/20 rule. 80% Organic/20% not. ORGANIC is not just some fad. ORGANIC is how food used to be grown until we let big agriculture take over and spray everything with dangerous chemicals and scientist started developing genetically modified organisms (GMOs). Trust me, take the challenge. Go Organic for a month and see if you don’t see and feel a difference in yourself and your kids.

List of reasons why you should start buying ORGANIC.